Some minor projects of importance for the transport sector to maintain and improve the ecological functions and qualities of the landscape were conducted during TRIEKOLs program period II.

Within Other minor projects, the importance of the convention on biological diversity and the concept of exclusion habitats was studied.

To facilitate the planning process of new transport infrastructure, it is essential to avoid unnecessary conflict with biodiversity conservation. Some impacts on biodiversity that can be easily avoided if brought to the table on an early planning stage, but may cause predicaments, distress and delays later in the process if not well acknowledged.

One of those unnecessary conflicts is small biodiversity hotspots. Most landscapes, also seminatural, cultivated or urbanized landscapes, contain certain habitat patches or features that are critical to the welfare of many or rare species; thus, conserving those features can have huge pay off for species conservation. Large solitary trees, hedgerows, rocky outcrops, natural springs, ponds and streams are all examples of ecosystem features that support far more species than one would predict based on their size alone.

The small size of such ecosystem features make them particularly sensitive to the large scale habitat transformation caused by infrastructure construction, as they easily loose their ecological function or are wiped out completely. Their small size should however also make them relatively easy to avoid exploiting. Even in lack of formal protection of these small biodiversity hotspots, infrastructure developers should, for the sake of both biodiversity conservation and planning efficiency, voluntarily acknowledge and protect them.

Accordingly, TRIEKOL has established the concept of ”exclusion habitats” for the Swedish Transport Administration (STA). Exclusion habitats are small habitats patches or features that should not be touched by new state-owned roads or railways. We have listed a number of exclusion habitats for Sweden, based on four criteria*.

We have also described some potential opportunities and risks that we identified with the concept. The opportunities include i.a a smoother planning process, new options for biodiversity monitoring and a ”spill-over” effect on conservation of and research on biodiversity hotspots in the larger society. The risks include a loss of focus on other (larger) conservation areas or non-listed habitats, and a loss of landscape perspective.

The exclusion habitat concept, including the habitat list, has been communicated with a range of conservation professionals, and is now integrated into planning guidelines for STA. Exclusion habitats provide a new tool for road and railway planning, but the outcome of this new tool is yet to be followed up.

For more information, see the publication (in Swedish) about exclusion habitats (below). 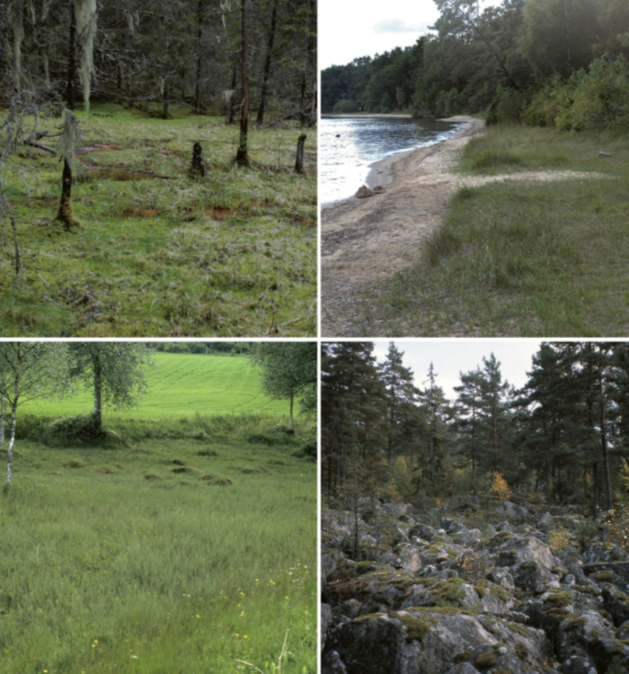 An exclusion habitat should be:

Implication of the Convention on Biological Diversity

Most of the operative targets within the Convention on Biological Diversity (Aichi Biodiversity Targets) are relevant for the Swedish Transport Administration, within its own sector or in cooperation with other sectors in society. The transport sector is affected by the targets as one of all societal sectors. The convention focuses on landscape connectivity and function of ecosystem services. This includes minimizing the effects of fragmentation, restauration of damaged habitats, planning for a green infrastructure and to map and value ecosystem services.

The demands for multifunctional landscape planning will increase with the increased pressure from different, sometimes competing, land uses. This in turn requires better cooperation and coordination among sectors, increased knowledge and better planning tools.

Several other international treaties on biodiversity are also relevant for the transport sector, for example the convention on migratory species and the wetland convention. EU has adopted a strategy for biodiversity to implement the Convention on Biological Diversity within the union, and to guide member staters in the national implementation. The overarching target is to halt the loss of biodiversity by 2020, and the strategy includes six targets and 20 actions. At least ten of the actions in EUs biodiversity strategy are of relevance for the Swedish Transport Administration.

For more information, see the publication (in Swedish) about the convention of biological diversity (below).

Within Other minor projects two reports in Swedish has been published. 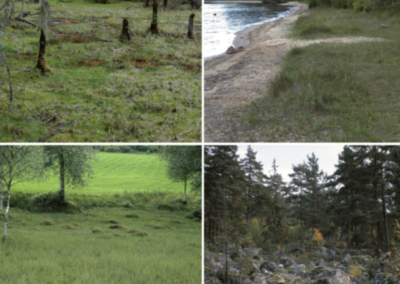 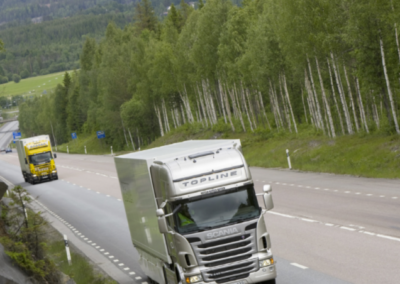